I am passionate about technology, especially when it has the power to change someone's life. I pursued academic endeavors such as teaching and researching in the University of Beria Interior while having a strong connection to the industry and entrepreneurship. With a master degree in computer engineering, I paused my PhD in Bio medicine to pursue a bold idea that is now Nuada. I am the creator of Nuada, a patented system to help people recover hand function. I am also one of the founders of CriamTech, a company focused on ubiquitous chemical reaction detections and also I am Co-Founder & CTO at CRIAM from January 2016 which Focused on Scientific and technological aspects of the. Responsible for the submission of patents and assisting the R&D progress. I am also Founder & CEO at NUADA from February 2014 in which I Initially developed the concept and idea. Currently, responsible for the company strategy and direction, building a strong team, product development. Dan Cohen is PhD candidate specializing in nuclear physics at the Hebrew University of Jerusalem (HUJI), and member of MUSE collaboration which trying to solve the 'proton radius puzzle'. Among His achievements he developed a positron particle accelerator for NTD, the first of its kind in Israel. Dan has vast experience in developing simulations and models of ionized particles propagation. He is the CSO of Informa-tix, a premier Big-Data service organization. 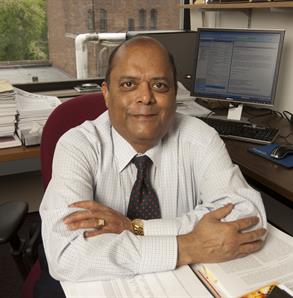 Prior to joining the faculty at Washington University in 2001, Professor Agarwal was the Chair of the Aerospace Engineering Department at Wichita State University from 1994 to 1996 and the Executive Director of National Institute for Aviation Research from 1996 to 2001. From 1994 to 2001, he was also the Bloomfield Distinguished Professor at Wichita State University. From 1978 to 1994, Professor Agarwal worked in various scientific and managerial positions at McDonnell Douglas Research Laboratories in St. Louis. He became the Program Director and McDonnell Douglas Fellow in 1990. From 1976 to 1978, Professor Agarwal worked as a NRC Research Associate at NASA Ames Research Center and as a Principal Research Engineer at Rao and Associates in Palo Alto, California from 1975 to 1976. Over a period of 35 years, Professor Agarwal has worked in Computational Fluid Dynamics (CFD), Computational Magnetohydrodynamics (MHD) and Electromagnetics, Computational Aeroacoustics, Multidisciplinary Design and Optimization, Rarefied Gas Dynamics and Hypersonic Flows, Bio-Fluid Dynamics, and Flow and Flight Control. More recently, he has devoted some of his efforts in nanotechnology and renewable energy systems - in particular wind, solar and biomass. He is the author and coauthor of over 500 publications and serves on the editorial board of more than 20 journals. He has given many plenary, keynote and invited lectures at various national and international conferences worldwide. Professor Agarwal continues to serve on many professional, government, and industrial advisory committees. Professor Agarwal is a Fellow of eighteen societies: American Association for Advancement of Science (AAAS), American Institute of Aeronautics and Astronautics (AIAA), American Physical Society (APS), American Society of Mechanical Engineers (ASME), Institute of Electrical and Electronics Engineers (IEEE), Society of Automotive Engineers (SAE), Society of Manufacturing Engineers (SME), American Academy of Mechanics (AAM), American Society of Civil Engineers (ASCE), Chinese Society of Aeronautics and Astronautics (CSAA), Institute of Pysics (IOP), UK, Institute of Engineering and Technology (IET), Energy Institute (EI), Australian Institute of High Energetic Materials, American Society for Engineering Education (ASEE), Academy of Science of St. Louis, Royal Aeronautical Society (RAeS), and World Innovation Foundation (WIF). He has received many honors and awards for his research contributions including the ASME Fluids Engineering Award (2001), ASME Charles Russ Richards Memorial Award (2006), Royal Aeronautical Society Gold Award (2007), AIAA Aerodynamics Award (2008), AIAA/SAE 2009 William Littlewood Lecture Award (2009), James B. Eads Award of Academy of Science of St. Louis (2009), ASEE/AIAA John Leland Atwood Award (2009), SAE Clarence Kelly Johnson Award (2009), SAE Franklin W. Kolk Award (2009), AIAA Lindbergh Award (2010), SAE Aerospace Engineering Leadership Award (2013), SAE Excellence in Engineering Education Award, SAE International Medal of Honor (2015) and AIAA Reed Aeronautics Award (2015) among many others. 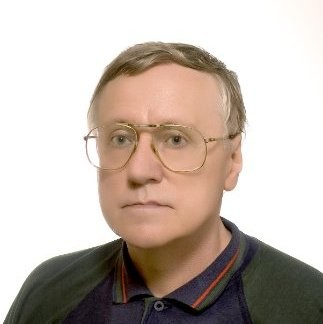 Dr Gobardhan Lal was born in 06th March 1965. He has received B.Sc degree from Lucknow University, India in 1984, ANSI in Sugar Technology from National Sugar Institute, Kanpur, India in1987, M.Sc. in Chemistry from Jiwaji University Gwalior in 1993, M.Sc. in Electronics from Indore University (DAVV), India in 1998 and Ph.D (Electronics) Thesis on â€œStudy of Nanostructured Materials using Electronic Sensors Applicationsâ€ in Electronics from Jiwaji Unversity, Gwalior, India in 2003. Presently he is a Scientist in DRDO at DMSRDE, Kanpur, India. He has published more than 160 scientific papers in journals and 180 papers in proceedings of National/ International conferences and holds 5 patents and 2 copyrights. He is the reviewer of many National and International Journals. He has organized many National and International Conferences, Workshops and Seminars. He has received DRDO Agni Award for Self Reliance, best Lab Scientist Award, best patent and best paper Awards. He is a life member of 18 scientific bodies. His major research includes modeling, fabrication, and applications of acoustic wave (QCM/SAW) chemical sensors based on thin film technology using nano structured materials. He has designed Ion Mobility Spectrometry based sensor for chemical vapor sensing. Presently he is doing the research on nanostructured and nanocomposite materials and their characterization of nanophase materials by SPM- NSOM, SEM instrument. He is also operating Thermal Gravimetric Analyzer and studying thermal kinetics, thermo physical co-relations